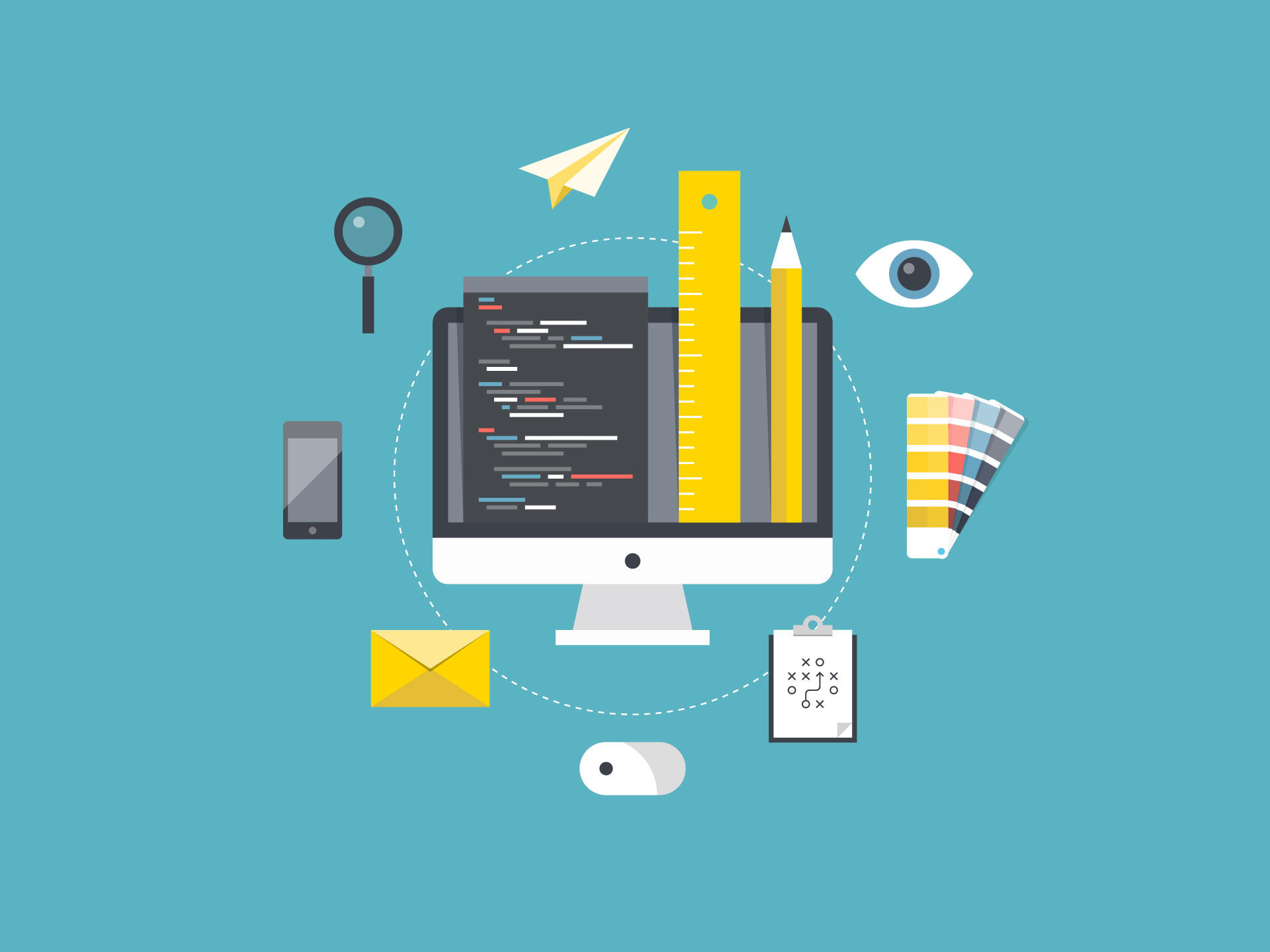 We’ve all read the astounding statistics on mobile app usage: the Apple App Store now features over 2 million different apps which have been downloaded over 130 billion times; Google’s numbers are even higher with the Android operating system — as of June 2016, there were approximately 2.2 million apps available on the Google Play store.

With mobile app design featuring a distinctive style that aims to take advantage of the unique properties of smartphones and tablet devices, it was only a matter of time until many of these characteristics began to heavily influence desktop web design in a significant way. Desktop web designers are now confronted with a reality where the users’ increasing adoption and preference of the mobile app experience is defining what makes for an engaging and effective user experience on a traditional web browser.

There’s no question that people continue to spend a greater percentage of their lives communicating through a chat window interface via a mobile app. Of course Apple has their native iMessage platform pre-installed on every mobile device the company sells, but third-party chat apps have surged in popularity in recent years. Facebook Messenger and WhatsApp (which are both now Facebook properties following a $19 billion acquisition from the social media giant) consistently rate among the most downloaded apps in the Apple App Store, and Google recently unveiled a new smart messaging platform known as Allo, which mines the user’s entire history with Google (search, maps, chat, email, etc.) to provide uniquely customized recommendations. WhatsApp alone now boasts over 1 billion users

As the basic chat app interface has become something with which more consumers are comfortable, it has trickled down into desktop web design in the form of chatbots. Many companies have turned to chatbots to make up an integral part of their web interface, mostly because they provide the user with something they immediately understand and know how to interact with.

Adrian Zumbrunnen, a UX designer from Switzerland, put the power of chatbots to work on his own website by replacing conventional menu navigation with a chat interfacer that asked visitors what they were looking for. The bot interacted with them organically, peppering in jokes and sending personalized links based on the information provided. His results were immediate and astounding: he saw a 1000% increase in traffic in just two days, and received hundreds of emails from users who had interacted with the chatbot. The lesson seems to be that users will put up with a static web experience because they have a knowledge gap they need to fill, but by injecting personality and interactivity into the equation, companies can create evangelists for their digital experience.

The iconized web puts the central message in graphical form

In the pre-app environment of web design, icons generally played a limited role in the event that they were used at all. You would often see them used to denote important contact information, and it was always easy to spot the various social share buttons attached to certain forms of content. But these icons always played second fiddle to the primary message that the design was attempting to convey.

As icons have come to define and dominate the mobile experience, it’s opened the door for iconography to take on a more prominent role in desktop web design. They’re no longer an afterthought, they’re an important conduit through which a company can disseminate crucial information about their brand. Icons are becoming larger, more intricate, and designers are paying closer attention both to their aesthetic quality as well as the idea behind them.

Australian designer Fitz Fitzpatrick puts this principle to use for great effect on his website. A small amount of introductory text draws your eye downward to colorful icons representing the various projects he has worked on. Each icon serves to grab the reader’s attention, evoke an emotional response, and convey details about the content of the work that can be explored by clicking further.

Interactive components are now common elements of the desktop experience

In order to make mobile apps easy to navigate for novice and power users alike, designers took to incorporating opportunities for interactivity into their apps, making sure to keep them obvious and exceedingly-visible on the screen. The aforementioned chatbots are a great example of this — on pages such as Adrian Zumbrunnen’s website it’s almost impossible not to interact with the bot — but this can be accomplished in multiple different ways. It could be that a prominent call-to-action is the first thing the user sees upon landing on the homepage, or it could be a series of drop down menus that allow the user to make customized choices during their digital journey.
Again, the important principle with this technique is to ensure that the user immediately knows that the interactive element is indeed interactive. If engaging with this element is the key to unlocking the full potential of the website, they are likely going to feel frustration quickly if they are unsure of how to proceed.

Prototyping is one of the most important steps in the design process. A desirable prototyping tool helps to achieve a good user experience.

As one of the best prototyping tools, Mockplus allows to create a prototype with easy drag-and-drop, and its pre built 3,000 icons and 200 components can be used directly by users. In the newly-launched Mockplus 3.1.5, it added the highly anticipated team collaboration helps on improving the productivity of designers.

Single-page design allows for high-value content “below the fold”

It seems like it was only yesterday that every web designer worth their salt declared war on scrolling, and it’s easy to understand why: pretty much every desktop user in the early- to mid-2000s can remember furiously swiping the scroll wheel on their mouse to reach the desired content. Now, as consumers have accepted frequent scrolling as an integral part of the mobile app experience, and as hardware manufacturers have made improvements to scrolling by gesture on trackpads, scrolling is making its triumphant return to the desktop browsing experience in the form of long, single-page web design.

Designers now feel empowered to place important content well below the opening position of the homepage, confident that the user will understand that they need to scroll down in order to reach it. As a bonus, many designers up the ante by introducing intriguing effects such as parallax and animated graphics as a part of the scrolling experience. Such effects help to keep the user engaged as they move down through the page on their way to more value-added content.

Consumers, who now spend a vast majority of their time on their smartphones, have come to expect consistent web browsing experiences between their desktop and mobile devices. For brands to fully engage audiences, it is important that your web design and development team have adopted UI and UX strategies that visitors will actually care about.

WordPress Vs Drupal: Five Tips to Choosing a CMS

How to Maintain Your Website’s SEO After a Redesign

How to Write an RFP for Web Design

Got a Project or
Partnership in Mind?